Jewish Americans for Sarah Palin: Sarah Palin is right about a ‘blood libel’ 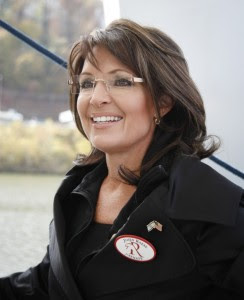 In Sarah Palin's powerful video address to the nation she spoke of the blood libel she has been targeted with in the wake of the mass murder in Arizona. As we reported, this blood libel has borne fruit.

Of course, the left went insane, knowing that people will understand EXACTLY what Sarah was talking about, and their media allies couldn't wait to carry their water. The left protests she was not "allowed" to use the term, as it was "offensive" to Jews, .... or something. .

Benyamin Korn offers up examples of the use of the term, and stands in support of Sarah:

Statement of Jewish American for Sarah Palin regarding Gov. Palin’s use of term ‘blood libel’

Sarah Palin got it right.

Falsely accusing someone of shedding blood is the definition of a blood libel – whether it’s the medieval Church accusing Jews of baking blood in Passover matzos, or contemporary Muslim extremists accusing Israel of slaughtering Arabs to harvest their organs – or our political partisans blaming conservative political figures and talk show hosts for the Tucson massacre.

In medieval Europe, beginning with the Norwich blood libel of 1144, such accusations were used to incite mob violence against Jewish communities. Blood libels also appeared in the Arab world, as recently as the infamous Damascus blood libel of 1840.

In more recent times, prominent voices in the American Jewish community have characterized extreme and irresponsible attacks on Israel or Jews as "blood libels," even when those libels did not necessarily result in violence.

For example, the Anti-Defamation League has said that a Swedish newspaper’s claim that Israeli soldiers murder Arabs to harvest their organs was a "new blood libel" (Sept. 14, 2009); that an Abu Dhabi Television cartoon of Israel’s prime minister drinking Arab blood was an "anti-Semitic blood libel skit" (Nov. 19, 2001); and that a Syrian diplomat’s remark that Israeli children sing songs about drinking Arab blood is similar to "the ancient blood libel against Jews." (June 14, 2010)

Beyond the Jewish community, the term "blood libel" is periodically used by political partisans of all stripes. During the 2000 Florida vote recount, for example, Congressman Peter Deutsch said that some Republican accusations against Democratic nominee Al Gore were "almost a blood libel."* Newsday editor Les Payne said in 2008 that criticism of African-American journalists’ coverage of the Obama candidacy were a "blood libel."** Former Deputy Undersecretary of Defense Jed Babbin said that John Kerry’s 1971 testimony about alleged war crimes committed by U.S. soldiers in Vietnam was "a blood libel."*** Alex Beam of the Boston Globe said that anonymous Globe staffers who accused former colleagues of privately making racial slurs were "making charges that amounted to ‘blood libel.’"****

"Blood libel" does not refer exclusively to accusations against Jews. It does not refer only to medieval episodes that resulted in pogroms. It is a term that has been, and continues to be, legitimately used in contemporary American political discourse by all sides. Governor Palin’s use of the term is accurate, reasonable, and squarely within the bounds of accepted political discourse. It is her opponents’ attempts to falsely connect her to the Tucson massacre which is inaccurate, and unreasonable, and beyond the pale of civilized discourse.