Why Establishment Republicans Suck As Bad, If Not Worse, Than Democrats 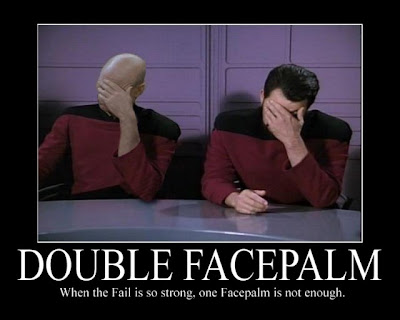 You know how Conservatives are constantly told that we must support anyone and everyone with a pulse and an "R" after their name? How many times during the 2010 campaign were we told we should support far left radicals like Mike Castle because they were "electable"? We were told it's better to have someone who votes 80 percent of the time with us, than a democrat who will always vote against us. Never mind the fact that in reality, on issues that REALLY matter, these liberal Republicans rarely, if ever vote with the bulk of the party. And when they do, you can bet it's only around election time.

Senate Democrats were able to confirm the former director of Planned Parenthood of Rhode Island to a lifetime federal judgeship after 11 Republicans voted to close debate on the nomination and allow it to come up for a final vote.

As a lawyer, the new judge was also involved in litigation against the tobacco industry and a failed lawsuit against former manufacturers of lead paint.

The cloture vote on the nomination of John J. "Jack" McConnell was 63 to 33 with 1 senator voting present and 2 senators not voting at all. Had 4 of the 11 Republicans who voted for cloture not done so, the nomination would have failed. A cloture vote requires 60 votes to succeed.

All 11 Republicans who voted for cloture — and thus to allow McConnell’s nomination to proceed — turned around and voted against the nomination itself on the final vote. That vote succeeded 50 to 44 and McConnell was confirmed.

The 11 Republican senators who voted for cloture and thus to permit McConnell to become a lifetime federal judge were: Lamar Alexander of Tennessee, Scott Brown of Massachusetts, Susan Collins and Olympia Snowe of Maine, Saxby Chambliss and Johnny Isakson of Georgia, Lindsey Graham of South Carolina, Mark Kirk of Illinois, John McCain of Arizona, Lisa Murkowski of Alaska and John Thune of South Dakota.

This is what these useless squishes do. They'll "play nice" by allowing extremist judges to be voted on, then hide under the cover of the confirmation vote, saying "see, we TRIED to stop this, but were outnumbered!"

Never mind they could have stopped this rat bastard cold by never allowing a vote to happen. The democrats blocked dozens of highly qualified Bush appointees this way. Held them hostage trying to get Republicans to vote for bad legislation.

These same people then complain about activist courts and run-away government, but fail to understand they are the ones who let this sort of thing happen. I've said it a million times, but these so-called "moderate [read liberal] Republicans are nothing more than enablers to the far left's extreme agenda. If we had principled Conservatives sitting in those chairs instead, this sort of thing wouldn't happen.

BTW, it was Olympia Snowe, who didn't want to "stand in the way of history" who voted for cloture on the ObamaCare law, thus giving America the single worst piece of legislation ever created. Had she simply voted no, the legislation would have died the death it deserved. This is why having just any old seat filler with that precious "R" after their name is a ridiculous concept.

Weak Senate Republican leadership plays a part in this as well.

Of course, the precious, sainted "moderates" will always find a way to justify these betrayals, and leading GOP establishment show ponies will attack Conservatives, by comparing them to suicide bombing terrorists, just because they'd like someone of principle and good character representing them.

I not saying we need some sort of "purity test" before allowing someone to call themselves a Republican. That would be ridiculous. What I am saying is voters need to start paying attention to the details. We need to to demand our elected Republican leaders are of good character, understand and uphold the Constitution, as well as First Principles. The base of the Republican Party is Conservative. We must demand those we put in office be actual Conservatives as well.

We must demand the recruiting arms of the Republican Party for the House and Senate take the time to learn what an actual Conservative is, and recruit those sort of folks to run for office, not just anyone willing to give it a go.

Ask Senator John Cornyn how that "any one willing"strategy worked for him in 2010. Almost everyone his group backed was an complete and total loser. You had Arlen Specter go back to being a democrat,because he thought it would win votes, much as his switch to the Republican party did years before. You had Florida Governor Charlie Crist, after taking tons of money from the GOP, switch to independent after it became crystal clear he couldn't beat Marco Rubio for the GOP nod.

And of course, there's "Daddy's Girl," who lost the Republican primary in Alaska to Joe Miller. Then, instead of supporting Miller, the NRSC, Cornyn's baby, dispatched lawyers to help Murkowski out. This was met with screams of protest. When it was clear she was done, how did she thank the GOP? By running as an independent, and with more than a little tomfoolery, won.

Did they throw her off the committees she was on, especially after she vowed to embrace her new democrat friends?

She was welcomed back like she had been re-elected as a Republican. Treated like a trusted colleague rather than a political opportunist of poor character with no principles whatsoever. Since then, like the rest of these liberal Republicans, she's been a reliable vote for the democrat party, and voted to allow cloture on the genocide facilitating  judge.

Look, I'm not just picking on Senator Cornyn. He's my Senator, and a reliable Conservative vote, and I like the guy, but he seems to be more worried about winning at all costs, rather than winning on principle. Never mind history tells us that principled Conservatives can win anywhere and everywhere, so long as they are good candidates, and the Republican establishment doesn't throw a hissy fit when they do win, as Karl Rove did when Christine O'Donnell destroyed his buddy Mike Castle in the 2010 Delaware primary.

Rove, who was angered when the Tea Party couldn't be bribed into leaving Castle alone, went on a week long jihad against O'Donnell, started the very night she won, before she had even given her acceptance speech! Rove trashed her all day, every day, to anyone who would listen. I mean the guy went berzerk!

Christine was not the strongest candidate ever fielded by the GOP, but her opponent was an avowed Marxist, and was totally beatable. I still wonder how things would have worked out had Rove and other establishment hacks kept their yaps shut.

Oddly enough, the Marxist, Chris Coons, has turned out to be slightly more conservative than Mike Castle with his votes. Imagine that.

We have an important election coming up in 2012. Maybe the most important one in the nation's history. It will determine if America is to survive, or just become a failed agricultural experiment. As Conservatives, we can no longer stand by while the Republican establishment enables the democrat party.

Look, we understand the democrat party has devolved into nothing more than a collection of socialists, communists, and other assorted neerdowells who want to completely transform the nation from a Representative Republic into their idea of a socialist utopia. We are not surprised by anything these folks do. In fact, we are shocked when they do something that doesn't advance their extreme goals.

Thing is, we'd like to have a group of Republicans representing US, that won't help facilitate America's decline at every turn, by voting with the democrats.