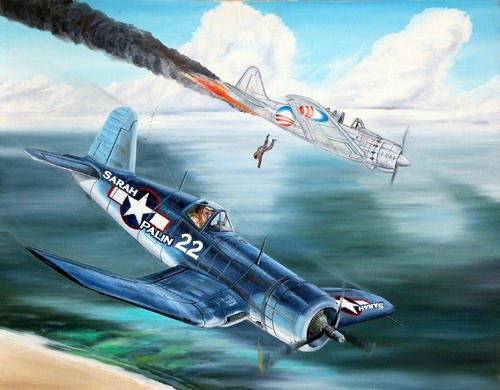 Tuesday evening Sarah Palin released this blistering statement concerning the sorry state of affairs the Obama regime has put the country in.

Is it really any surprise that oil and gas prices are surging toward the record highs we saw in 2008 just prior to the economic collapse? Despite the President’s strange assertions in his press conference last week, his Administration is not a passive observer to the trends that have inflated oil prices to dangerous levels. His war on domestic oil and gas exploration and production has caused us pain at the pump, endangered our already sluggish economic recovery, and threatened our national security.

The evidence of the President’s anti-drilling mentality and his culpability in the high gas prices hurting Americans is there for all to see. The following is not even an exhaustive list:

Exhibit A: His drilling moratorium. Guided by politics and pure emotion following the Gulf spill instead of peer-reviewed science or defensible law, the President used the power of his executive order to impose a deepwater drilling moratorium. The Administration even ignored a court order halting his moratorium. And what is the net result of the President’s (in)actions? A large drilling company was forced to declare bankruptcy, the economy of the region has been hobbled, and at least 7 rigs moved out of the Gulf area to other parts of the world while many others remain idle. Is it any surprise that oil production in the Gulf of Mexico is expected to fall by 240,000 bbl/d in 2011 alone?

But that’s just the Gulf. There’s also the question of a moratorium on the development of Alaska’s Outer Continental Shelf. It seems the Obama Administration can’t agree with itself on whether it imposed a moratorium there or not. The White House claims that they didn’t, but their own Department of the Interior let slip that they did. To clear up this mess, Gov. Parnell decided to sue the DOI to get a solid answer because such a federal OCS drilling moratorium would violate federal law.

Exhibit B: His 2012 budget. The President used his 2012 budget to propose the elimination of several vital oil and natural gas production tax incentives. Eliminating these incentives will discourage energy companies from completing exploratory projects, resulting in higher energy costs for all Americans – and not just at the pump. According to one study mentioned in a recent Wall Street Journal op-ed, eliminating the deduction for drilling costs “could increase natural gas prices by 50 cents per thousand cubic feet,” which would translate to “an increased cost to consumers of $11.5 billion per year in the form of higher natural gas prices.”

Exhibit C: His anti-drilling regulatory policies. The U.S. Geological Survey found that the area north of the Arctic Circle has an estimated 90 billion barrels of technically recoverable oil and 1,670 trillion cubic feet of technically recoverable natural gas, one third of which is in Alaskan territory. That’s our next Prudhoe Bay right there. According to one industry study, allowing Royal Dutch Shell to tap these reserves in Alaska’s Chukchi and Beaufort seas would create an annual average of 54,700 jobs nationwide with a $145 billion total payroll and generate an additional $193 billion a year in total revenues to local, state, and federal governments for 50 years. This would be great news if only the federal government would allow Shell to drill there. But it won’t. It’s been five years since Shell purchased the lease to develop these fields, but it’s been mired in a regulatory funk courtesy of the Obama Administration.

After investing $3.5 billion in exploration programs (a significant portion of which went to ensuring responsible spill response and prevention), Shell announced last month that it has given up hope of obtaining the required permits to conduct exploratory drilling this year. That means no jobs and no billions in oil revenue from the Arctic anytime soon thanks to this Administration. Let’s stop and think about this for a moment.

Right now Beltway politicos are quibbling over cutting $61 billion from our dangerously bloated $3.7 trillion budget. Allowing drilling in the Chukchi and Beaufort seas will enrich federal coffers by $167 billion a year without raising our taxes. If we let Harry Reid keep his “cowboy poetry,” would the White House consider letting us drill?

Taken altogether, it’s hard to deny that the Obama Administration is anti-drilling. The President may try to suggest that the rise in oil prices has nothing to do with him, but the American people won’t be fooled. Before we saw any protests in the Middle East, increased global demand led to a significant rise in oil prices; but the White House stood idly by watching the prices go up and allowing America to remain increasingly dependent on imports from foreign regimes in dangerously unstable parts of the world.

This was no accident. Through a process of what candidate Obama once called “gradual adjustment,” American consumers have seen prices at the pump rise 67 percent since he took office. Let’s not forget that in September 2008, candidate Obama’s Energy Secretary in-waiting said: “Somehow we have to figure out how to boost the price of gasoline to the levels in Europe.” That’s one campaign promise they’re working hard to fulfill!

Last week, the British Telegraph reported that the price of petrol in the UK hit £6 a gallon – which comes to about $9.70. If you think $4 a gallon is bad now, just wait till the next crisis causes oil prices to “necessarily” skyrocket.

Meanwhile, the vast undeveloped reserves that could help to keep prices at the pump affordable remain locked up because of President Obama’s deliberate unwillingness to drill here and drill now.

Hitting the American people with higher gas prices like this is essentially a hidden tax and a transfer of wealth to foreign regimes who are providing us the energy we refuse to provide for ourselves. Like inflation, higher energy prices are a hidden tax on Americans who are struggling to make ends meet. And these high gas prices will be felt in the form of higher food prices due to higher transportation costs. Energy is connected to everything in our economy.

Access to affordable and secure energy is key to economic growth, which in turn is key to job growth. Energy is the building block of our economy. The President is purposely weakening that building block and weakening our country. 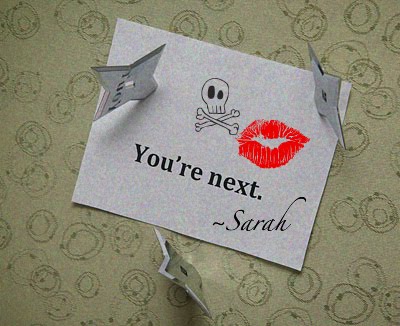 For additional information you should check out Whitney Pitcher's in-depth article:

To see how Sarah's energy and tax policies worked in Alaska, check this out, also from Whitney:

Governor Palin, the Success of ACES, and the Defeat of Corruption–Part 1
Posted by Gary at 6:44 PM