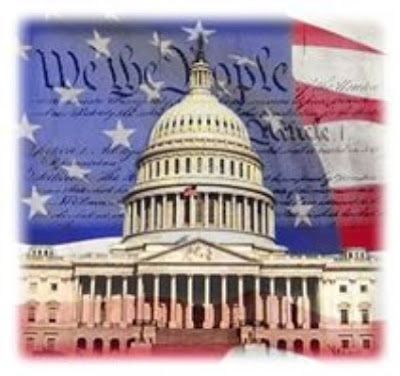 Today we finish reading the Articles of the Constitution. Originally, this was the Constitution. And was signed September 17, 1787. The first ten amendments, what are known as the Bill of Rights, were added in March of 1789 and ratified December 15, 1791. As we will discuss on Monday, as we read the amendments, the Bill of Rights were written to further restrain government and allow for more guarantees on our freedoms and liberties.


Full Faith and Credit shall be given in each State to the public Acts, Records, and judicial Proceedings of every other State. And the Congress may by general Laws prescribe the Manner in which such Acts, Records and Proceedings shall be proved, and the Effect thereof.


The Citizens of each State shall be entitled to all Privileges and Immunities of Citizens in the several States.


A Person charged in any State with Treason, Felony, or other Crime, who shall flee from Justice, and be found in another State, shall on Demand of the executive Authority of the State from which he fled, be delivered up, to be removed to the State having Jurisdiction of the Crime.


New States may be admitted by the Congress into this Union; but no new State shall be formed or erected within the Jurisdiction of any other State; nor any State be formed by the Junction of two or more States, or Parts of States, without the Consent of the Legislatures of the States concerned as well as of the Congress.


The Congress shall have Power to dispose of and make all needful Rules and Regulations respecting the Territory or other Property belonging to the United States; and nothing in this Constitution shall be so construed as to Prejudice any Claims of the United States, or of any particular State.


The United States shall guarantee to every State in this Union a Republican Form of Government, and shall protect each of them against Invasion; and on Application of the Legislature, or of the Executive (when the Legislature cannot be convened), against domestic Violence.

It should be noted that Section 2, Paragraph 3 was further clarified by the 13th Amendment which banned slavery:


Neither slavery nor involuntary servitude, except as a punishment for crime whereof the party shall have been duly convicted, shall exist within the United States, or any place subject to their jurisdiction.


Congress shall have power to enforce this article by appropriate legislation.

What Article IV seeks to do is set up ties between the several states. Even though each of the states remain sovereign, and are able to make laws that fit their local situations and sensibilities, there are provisions for universally recognized situations. For example, if you get married in one state, generally you are considered married in every state, unless there is some specific law passed. This continues into business, government, and so on, unless specific laws are passed to restrict.
It also guarantees that citizens of all states enjoy the privileges of citizenship in the United States.
You’ll notice it also establishes the ability to extradite a wanted person from one state, to another, thus stopping a person from escaping justice by simply moving to a state other than the one they are accused of committing a crime in.
Article IV also provides for the creation of new states, and sets the rules for said creation. Article IV also guarantees the mutual protection, what we today call national security, of the several states, for both foreign and domestic violence. (insurrection)


The Congress, whenever two thirds of both Houses shall deem it necessary, shall propose Amendments to this Constitution, or, on the Application of the Legislatures of two thirds of the several States, shall call a Convention for proposing Amendments, which, in either Case, shall be valid to all Intents and Purposes, as Part of this Constitution, when ratified by the Legislatures of three fourths of the several States, or by Conventions in three fourths thereof, as the one or the other Mode of Ratification may be proposed by the Congress; Provided that no Amendment which may be made prior to the Year One thousand eight hundred and eight shall in any Manner affect the first and fourth Clauses in the Ninth Section of the first Article; and that no State, without its Consent, shall be deprived of its equal Suffrage in the Senate.

Article V is pretty simple. It establishes a process for amending the Constitution that requires not only two thirds of Congress’ approval, but the approval of three fourths of the states as well. It also restricts what can be amended, and guarantees no state will be without representation.


The Senators and Representatives before mentioned, and the Members of the several State Legislatures, and all executive and judicial Officers, both of the United States and of the several States, shall be bound by Oath or Affirmation, to support this Constitution; but no religious Test shall ever be required as a Qualification to any Office or public Trust under the United States.

Article VI is pretty straightforward. It basically says the United States would honor the debts incurred before a formal Constitution was drafted and ratified. It also establishes that any law passed by Congress, any treaty signed, is considered the "law of the land," and any jurist setting in judgment is bound by that.
Article VI also established an Oath of Office for every member of Congress, officers of the Court, or as stated, any "office of public trust." The Oath consists of a promise to support and defend the Constitution. It also establishes that no religious requirement can be placed on any of the above officers.
We’ll get into religion more when we discuss the Bill of Rights, but this is an area where progressives have really lead America astray. To keep it short we are guaranteed freedom OF religion, not freedom FROM religion. Our founders were all men of faith. One of the first acts of Congress was to sponsor the printing of bibles to be handed out to schools and churches.
The founders were more concerned that an "official religion" would be established, requiring citizens, or officials, to belong to a certain church, as was the case in England. This only applied to the federal government though. Many people don’t realize that back in the earliest days, many states did have an "official" state religion. This tradition was eventually abandoned quite simply because people of other faiths started moving from state to state, and the states wanted to accommodate. But again, this was done within the borders of the sovereign states and not on a national scale. Progressives have suppressed this part of our history, for obvious reasons.


The Ratification of the Conventions of nine States, shall be sufficient for the Establishment of this Constitution between the States so ratifying the Same.


Done in Convention by the Unanimous Consent of the States present the Seventeenth Day of September in the Year of our Lord one thousand seven hundred and Eighty seven and of the Independence of the United States of America the Twelfth In witness whereof We have hereunto subscribed our Names,


Presidt and deputy from Virginia

Article VII is basically housekeeping. It also notes the document was unanimously approved and includes the signers from each state delegation.
For biographies of the delegates to the Constitutional Convention, see the Founding Fathers page here.
Also please take time to visit Constituting America for more discussion and commentary from constitutional scholars. On Monday we’ll take a look at the amendments to the Constitution.
Posted by Gary at 10:27 AM