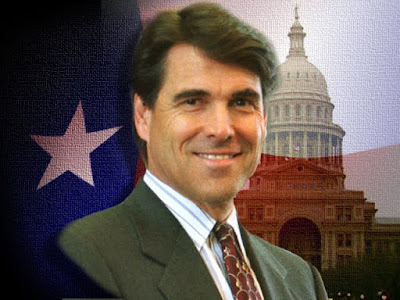 In a recent wide ranging Wall Street Journal interview with Texas Governor Rick Perry, in which Perry spoke of the need for solid fiscal conservatism in America, he talked about Alaska’s Governor Sarah Palin.

Governor Perry slammed the "mushy, middle of the road" Republicans, what we here call squishes, and spoke of the need for solid conservative principles, like he and Sarah Palin possess, saying this:

When it came to Sarah Palin, Governor Perry was very adamant about his admiration for the Arctic Fox:

"I love Sarah Palin, I love her positions, I think she was a good governor. . . . I want her to be engaged in this rebuilding of the Republican Party. . . . She is substantially more the face of this country than some other people who might want to be the face of the Republican Party. To me she's the face of America. I mean she's a hard worker, she didn't come from money, she didn't come from privilege, she just worked hard. . . . I have not seen another person who invigorated the Republican base [like she did] with the possible exception of Ronald Reagan in 1976—the speech he made at the Republican Convention. People were looking around and saying, 'we nominated the wrong dude.'" 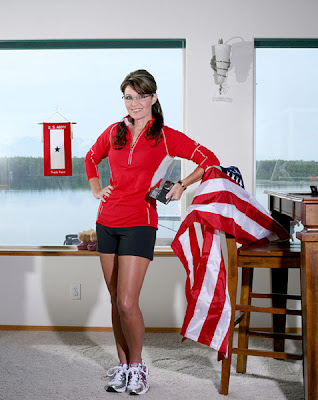 Obviously, we agree with Governor Perry!

Sarah Palin is the face of America. She is not part of the NYC/D.C. Beltway elite. Sarah is from a normal American family, with the all American story. She is a self made woman, no one gave her a thing. Sarah achieved everything she has set her sights on in office.

Sarah has become a true force in American politics through her own hard work, and incredible skill. She has shown how much gravitas she brings to the national debate in the last few weeks doing no more than posting simple but effective commentary on her Facebook page.

As you know, Rick Perry will be facing a re-election challenge in 2010 from D.C insider and retiring United States Senator Kay Bailey Hutchison. With Perry’s solid record of Reagan conservatism vs Hutchison’s record of squishy RINOism, and her D.C insider mentality, this shouldn’t be much of a contest. As a Texan, I can say absolutely that Rick Perry has been good for Texas!

Sarah Palin has endorsed Governor Perry in his re-election bid. 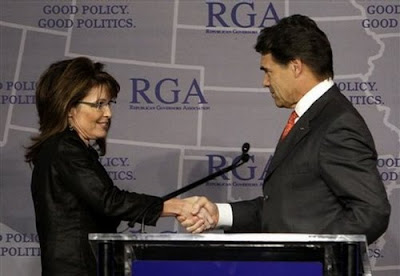 You can read the full Wall Street Journal interview here.