Sarah Palin Fires The Opening Salvo of Her 2012 Campaign 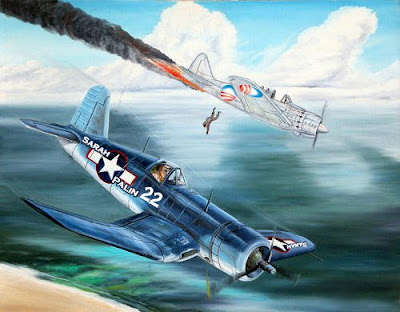 ....Second, the office of the presidency is too important for on-the-job training. It requires a strong chief executive who has been entrusted with real authority in the past and has achieved a proven track record of positive measurable accomplishments.

Sarah Palin just removed any doubt that she is indeed running for President: [emphasis mine]

The Sugar Daddy Has Run Out of Sugar; Now We Need New Leaders

Barack Obama’s big government policies continue to fail. He should put a link to the national debt clock on his BlackBerry. The gears on that clock have nearly exploded during his administration. Yesterday’s terrible job numbers should not be a surprise because it all goes back to our debt. Our dangerously unsustainable debt is wiping out our jobs, crippling our economic growth, and jeopardizing our position in the global economy as the leader of the free world.

As a governor, I had to deal with facts, even unpleasant ones. I dealt with the world as it is, not as I wished it to be. The "elite" political class in this country with their heads in the sand had better face some unpleasant facts about the world as it is. They’ve run out of money and no amount of accounting gimmicks or happy talk will change this reality. Those of us who live in the real world could see this day coming.

Back in January 2009, as governor of Alaska, I announced: "We also have to be mindful about the effect of the stimulus package on the national debt and the future economic health of the country. We won’t achieve long-term stability if we continue borrowing massive sums from foreign countries and remain dependent on foreign sources of oil and gas." Then I urged President Obama to veto the stimulus bill because it was loaded with absolutely useless pork and unfunded mandates. Everyone knows my early and vocal opposition to that mother of all unfunded mandates known as Obamacare starting back in August 2009, and many recall my objections to the Federal Reserves’ inflationary games with our currency known as QE2 from November 2010. It’s a matter of public record that I did not go to Harvard Law School, but I can add.

The same "experts" who got us into this mess are now telling us that the only way out of our debt crisis is to "increase revenue," but not by creating more jobs and therefore a larger tax base; no, they want to "increase revenue" by raising taxes on job creators who are taxed enough already! As Margaret Thatcher said, "The trouble with socialism is that eventually you run out of other people’s money." That’s where we are now. Hard working taxpayers have been big government’s Sugar Daddy for far too long, and now we’re out of sugar. We don’t want big government, we can’t afford it, and we are unwilling to pay for it.

This debt ceiling debate is the perfect time to do what must be done. We must cut. Yes, I’m for a balanced budget amendment and for enforceable spending caps. But first and foremost we must cut spending, not "strike a deal" that allows politicians to raise more debt! See, Washington is addicted to OPM – Other People’s Money. And like any junkie, they will lie, steal, and cheat to fund their addiction. We must cut them off and cut government down to size.

To paraphrase Hemmingway, people go broke slowly and then all at once. We’ve been slowly going broke for years, but now it’s happening all at once as the world’s capital markets are demanding action from us, yet Obama assumes we'll just go borrow another cup of sugar from some increasingly impatient neighbor. We cannot knock on anyone’s door anymore. And we don’t have any time to wait for Washington to start behaving responsibly. We’ll be Greece before these D.C. politicians’ false promises are over. We must force government to live within its means, just as every business and household does.

We can’t close our $1.5 trillion deficit overnight, but we must get as close as we can as soon as we can. Little nibbles here and there over 10 years (spun to sound like they’re huge budget cuts) aren’t anywhere near enough. I know from experience that cutting government spending isn’t easy. As governor, I made the largest veto cuts in my state’s history, and I didn’t make many friends doing it. But we will never recover, we will never get free of devastating debt, unless we make tough choices now. We don’t hear talk like this from leaders in D.C. or from those running for office because they say what they think we want to hear rather than what must be said.

We are in desperate need of real leadership, but President Obama’s solution to everything is to grow government by borrowing more money, spending more money, printing more money, and taxing our job creators. He once said that he "believes in American Exceptionalism…just as the Greeks believe in Greek Exceptionalism." Well, the path he has us on will make us just as "exceptional" as Greece – debt crisis, stagnation, permanent high unemployment, and all.

As we approach 2012, there are important lessons we can learn from all of this. First, we should never entrust the White House to a far-left ideologue who has no appreciation or even understanding of the free market and limited government principles that made this country economically strong. Second, the office of the presidency is too important for on-the-job training. It requires a strong chief executive who has been entrusted with real authority in the past and has achieved a proven track record of positive measurable accomplishments. Leaders are expected to give good speeches, but leadership is so much more than oratory. Real leadership requires deeds even more than words. It means taking on the problems no one else wants to tackle. It means providing vision and guidance, inspiring people to action, bringing everyone to the table, and with a servant's heart dedicating oneself to striking agreements that keep faith with our Constitution and with the ordinary citizens who entrusted you with power. It means bucking the status quo, fighting the corrupt powers that be, serving the common good, and leaving the country better than you found it. Most of us don’t see a lot of that real leadership in D.C., and it’s profoundly disappointing.

But let me tell you where real hope lies. It’s not the hopey-changey stuff we heard about in 2008. Real hope comes from realizing how God has blessed our exceptional nation, and then doing something about it. We have been blessed with natural resources, hardworking entrepreneurs, and a Constitution that preserves the greatest form of government ever devised by man. If we develop those natural resources, allow our entrepreneurs to keep and invest more of what they earn, and adhere to the time-tested truths of our Constitution, we will prosper and endure.

But first and foremost we must tackle our debt. We don’t have the luxury of playing politics as usual. We need real leaders who will put aside their own political self-interest to do what is right for the nation. And if they don’t emerge… well, America has a do-over in November 2012. 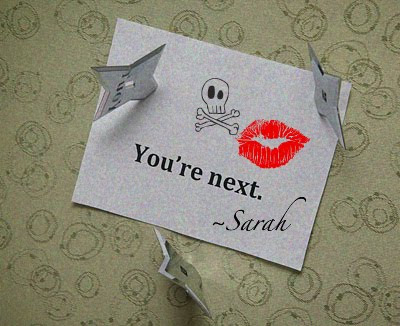 This is what I'm talking about!

This is Sarah Palin in top form. She's not messing around.

Not only is she calling out the Obama regime, and the feckless Republican establishment, she's calling out all the self-serving, ego driven politicians out there. America is in crisis. Now is not the time for grand standing, and making speeches, it's time to do something.

Sarah also points out that our next President must have Executive Experience, saying: " ....the office of the presidency is too important for on-the-job training. It requires a strong chief executive who has been entrusted with real authority in the past...."

In other words, anyone who hasn't governed a state need not apply. But she goes on to set the bar even higher, adding that Governor must have " ....achieved a proven track record of positive measurable accomplishments." That certainly narrows the field down, now doesn't it!

Sarah has been sitting back and allowing the current field of candidates a little breathing room. Letting them have their time in the spotlight. Predictably, the more we know about the current field, the more we come to understand none of them are acceptable. The Governors in the field could just as easily run for the democrat nomination, and in most years win. It's been suggested by many that Romney do just that, and Huntsman just quit his job working for the Obama regime.

The rest have no Executive Experience. They've never run a city, never run a state, and have proven they are not even close to being qualified to be President.

There is a reason why we choose Governors, rather than members of Congress, to be our presidents. Governors are leaders, and have the necessary skill set needed to successful hold the office. In both the 20th, and now the 21st centuries, any time we've had less than a Governor elected president, it's been a disaster. Kennedy had us hours away from World War III, and a nuclear one than that. Obama is the worst president in American history. There are several conflicts brewing that may indeed lead to a World War, if we aren't careful.

Of course, just being a governor is no guarantee of success. Jimmy Carter was the Governor of Georgia, and is only eclipsed by Obama has the worst in history. Mitt Romney was the Governor of Massachusetts and his time in office is a case study of how NOT to be a governor. Under his watch Massachusetts was at the bottom of the heap in job creation, and of course, he fathered socialized medicine in America, the blueprint for ObamaCare, and then left office, and the people of the Bay State hanging, having to deal with the horrific results of his "crowing achievement"!

Anyone who knows Sarah's actual record knows there is nothing but success after success. Many positive achievements. Sarah did things most would never be brave enough to even try, and they worked well.She left Alaska in a much better shape than she found it.

Make no mistake about it ladies and gents, Sarah Palin just laid down the challenge, and set the rules of engagement. If "Game On!" that cold, snowy day in Wisconsin was a declaration of war, this latest is the first shot of the battle.

It's time for some REAL change. Sarah Palin is going to Washington and she is going to clean house.