Sarah Palin: Congressional Freshmen – For Such A Time As This. "P.S. Everyone I talk to still believes in contested primaries" 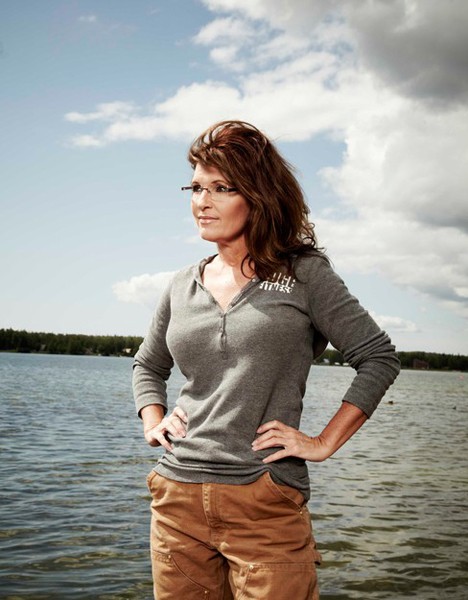 P.S. Everyone I talk to still believes in contested primaries

A little bit of encouragement and a little friendly reminder from Sarah Palin that 2012 is coming and no one is safe from a primary challenge:

Out here in proverbial politico flyover country, we little folk are watching the debt ceiling debate with great interest and concern. Today I re-read the open letter I wrote to Republican Freshman Members of Congress in November 2010, just days after they were ushered into office in an historic landslide victory due in large part to the activism of commonsense patriots who are considered part of the Tea Party movement. I respectfully ask these GOP Freshman to re-read this letter and remember us "little people" who believed in them, donated to their campaigns, spent hours tirelessly volunteering for them, and trusted them with our votes. This new wave of public servants may recall that they were sent to D.C. for such a time as this.

The original letter is pasted below, with added emphasis to certain passages that I feel are especially relevant to the current discussion.

All my best to you, GOP Freshmen, from up here in the Last Frontier.

P.S. Everyone I talk to still believes in contested primaries.

Welcome to all Republican Freshmen and congratulations!

Congratulations to all of you for your contribution to this historic election, and for the contributions I am certain you will make to our country in the next two years. Your victory was hard fought, and the success belongs entirely to you and the staff and volunteers who spent countless hours working for this chance to put government back on the side of the people. Now you will come to Washington to serve your nation and leave your mark on history by reining in government spending, preserving our freedoms at home, and restoring America’s leadership abroad. Some of you have asked for my thoughts on how best to proceed in the weeks and months ahead and how best to advance an agenda that can move our country forward. I have a simple answer: stick to the principles that propelled your campaigns. When you take your oath to support and defend our Constitution and to faithfully discharge the duties of your office, remember that present and future generations of "We the People" are counting on you to stand by that oath. Never forget the people who sent you to Washington. Never forget the trust they placed in you to do the right thing.

The task before you is daunting because so much damage has been done in the last two years, but I believe you have the chance to achieve great things.

Republicans campaigned on a promise to rein in out-of-control government spending and to repeal and replace the massive, burdensome, and unwanted health care law President Obama and the Democrat Congress passed earlier this year in defiance of the will of the majority of the American people. These are promises that you must keep. Obamacare is a job-killer, a regulatory nightmare, and an enormous unfunded mandate. The American people don’t want it and we can’t afford it. We ask, with all due respect, that you remember your job will be to work to replace this legislation with real reform that relies on free market principles and patient-centered policies. The first step is, of course, to defund Obamacare.

You’ve also got to be deadly serious about cutting the deficit. Despite what some would like us to believe, tax cuts didn’t get us into the mess we’re in. Government spending did. Tough decisions need to be made about reducing government spending. The longer we put them off, the worse it will get. We need to start by cutting non-essential spending. That includes stopping earmarks (because abuse of the earmark process created the "gateway-drug" that allowed backroom deals and bloated budgets), canceling all further spending on the failed Stimulus program, and rolling back non-discretionary spending to 2008 levels. You can do more, but this would be a good start.

In order to avert a fiscal disaster, we will also need to check the growth of spending on our entitlement programs. That will be a huge challenge, but it must be confronted head on. We must do it in a humane way that honors the government’s current commitments to our fellow Americans while also keeping faith with future generations. We cannot rob from our children and grandchildren’s tomorrow to pay for our unchecked spending today. Beyond that, we need to reform the way Congress conducts business in order to make it procedurally easier to cut spending than to increase it. We need to encourage zero-based budgeting practices in D.C. like the kind fiscally conservative mayors and governors utilize to balance their budgets and reduce unnecessary spending.

There in the insulated and isolated Beltway you will be far removed from the economic pain felt by so many Americans who are out of work. Please remember that if we want real job growth, we must create a stable investment climate by ending the tidal wave of overly burdensome regulations coming out of Washington. Businesses need certainty – and freedom that incentivizes competition – to grow and expand our workforce.

The last thing our small businesses need is tax hikes. It falls to the current Democrat-controlled Congress to decide on the future of the 2001 and 2003 tax cuts. If it does not permanently renew all of them, you should move quickly to do so in the new Congress. It would remove from households and businesses the threat of a possible $3.8 trillion tax hike hitting all Americans at the worst possible moment, with our economy struggling to recover from a deep recession! You must continue to remind Democrats that the people they are dismissing as "rich" are the small business owners who create up to 70% of all jobs in this country!

Another issue of vital importance is border security. Americans expect our leadership in Washington to act now to secure our borders. Don’t fall for the claims of those who suggest that we can’t secure our borders until we simultaneously deal with the illegal immigrants already here. Let’s deal with securing the border first. That alone is a huge challenge that has been ignored for far too long.

On foreign policy and national security, I urge you to stick to our principles: strong defense, free trade, nurturing allies, and steadfast opposition to America’s enemies. We are the most powerful country on earth and the world is better off because of it. Our president does not seem to understand this. If we withdraw from the world, the world will become a much more dangerous place. You must push President Obama to finish the job right in Iraq and get the job done in Afghanistan, otherwise we who are war-weary will forever question why America’s finest are sent overseas to make the ultimate sacrifice with no clear commitment to victory from those who send them. You should be prepared to stand with the President against Iran’s nuclear aspirations using whatever means necessary to ensure the mullahs in Tehran do not get their hands on nuclear weapons. And you can stand with the Iranian people who oppose the tyrannical rule of the clerics and concretely support their efforts to win their freedom – even if the President does not.

You need to say no to cutting the necessities in our defense budget when we are engaged in two wars and face so many threats – from Islamic extremists to a nuclear Iran to a rising China. As Ronald Reagan said, "We will always be prepared, so we may always be free." You will also have the opportunity to push job-creating free trade agreements with allies like Colombia and South Korea. You can stand with allies like Israel, not criticize them. You can let the President know what you believe – Jerusalem is the capital of Israel, not a settlement. And for those of you joining the United States Senate, don’t listen to desperate politically-motivated arguments about the need for hasty consideration of the "New START" treaty. Insist on your right to patient and careful deliberation of New START to address very real concerns about verification, missile defense, and modernization of our nuclear infrastructure. No New START in the lame duck!

You can stand against misguided proposals to try dangerous, evil terrorists in the US; precipitously close the Guantanamo prison; and a return to the failed policies of the past in treating the war on terror as a law enforcement problem. Finally, you have a platform to express the support of the American people for all those around the world seeking their freedom that God has bestowed within all mankind’s being – from Burma and Egypt to Russia and Venezuela – because the spread of liberty increases our own security. You, freshmen lawmakers, can and will be powerful voices in support of foreign policies that protect our interests and promote our values! Thank you for being willing to fight for our values and our freedom!

In all this, you should extend a hand to President Obama and Democrats in Congress. After this election, they may finally be prepared to work with Republicans on some of these issues for the good of the country. And if not, we will all be looking forward to 2012.

Remember that some in the media will love you when you stray from the time-tested truths that built America into the most exceptional nation on earth. When the Left in the media pat you on the back, quickly reassess where you are and readjust, for the liberals’ praise is a warning bell you must heed. Trust me on that.

I and most Americans are so excited for you. Working together, we have every right to be optimistic about our future. We can be hopeful because real hope lies in the ingenuity, generosity, and boundless courage of the everyday Americans who make our country exceptional. These are the men and women who sent you to Washington. May your work and leadership honor their faith in you.

With sincere congratulations and a big Alaskan heart,