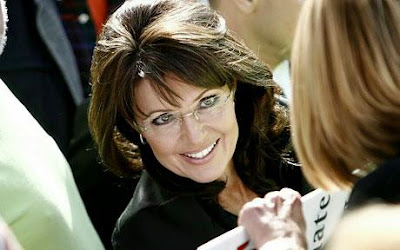 The dishonest effort by the left wing and their media partners to smear Sarah Palin, and blame her for the actions of a left wing nut job, have been so vile and over the top that even the normally left leaning British press is calling BS!

From the a report by Tom Leonard for Daily Mail:

On a sunny Saturday morning outside the local Safeway in Tucson,­ Arizona, a man pulls out a powerful handgun, opens fire - and engulfs the U.S. in a political ­firestorm.

Six people were killed on ­Saturday, including a nine-year-old girl. But it was the fact that the target was a ­Democratic congresswoman - who is fighting for her life - which has sparked such a furious row, not, as one might expect, over the nature of America’s gun laws, but over the vitriolic nature of its politics.

Defenders of gun rights like to say it’s not the gun that’s dangerous, but the user. Now the argument swirling across the U.S. is whether it’s not the user but violent political ­rhetoric that may have ­ultimately pulled the trigger.

In short, did the killer Jared Loughner - who has a history of mental instability and has made a series of bizarre postings on the internet - go out looking to kill because political voices told him to?

Could the inflammatory ­language used by some Right-wing politicians - in ­particular, Sarah Palin - have encouraged the killer to act as he did?

That’s the question at the heart of a febrile political blame game that started even before the most basic details had emerged about the background and possible motivation of the gunman. Already it has drawn in politicians, commentators, police and even the families of the victims.

Gabrielle Giffords was a Democrat and much - but not all - of the badly spelt, incoherent YouTube jumble that passed for the politics of her attacker was broadly ‘Right-wing’.


As a result, many liberal ­commentators and establishment figures have leapt at the opportunity to blame conservative politicians.

Conservatives have come to despise liberals, and vice versa, with an intensity the like of which few can recall. Right-wing anger with the high-spending Obama administration’s handling of the financial crisis, a weak economy and high unemployment has prompted thousands of ordinary Americans to break away from conventional two-party politics to support the Tea Party movement with its call for small government.

As the name (a reference to the 1773 Boston Tea Party) implies, Tea Party supporters see their movement as rooted in the rebellion against George III, and the language has ­inevitably been full of ­military metaphor.

Rahm Emanuel, Mr Obama’s former chief of staff and a ­figure compared to Labour’s Alastair Campbell, once said: ‘You never want a serious crisis to go to waste.’

And those on his side of the political divide have clearly seen the Tucson tragedy as an opportunity to score points and settle scores.

None more so than with Sarah Palin, a politician who is almost as divisive as the President. The former Republican vice-presidential contender has become a spiritual figurehead for many Tea Party supporters, but is loathed by many on the Left.

So it was that within minutes of the Tucson shooting, anti-Palin internet bloggers and Twitter users were highlighting a so-called ‘target map’ Mrs Palin had posted on her Facebook page last March.

Controversially, it used gunstyle crosshair targets to flag up Democrat politicians whom Palin felt could be vulnerable at the polls: Miss Giffords was one.

Despite the lack of any ­evidence that the Tucson gunman had supported Mrs Palin, let alone seen the graphic, ­critics — including senior ­Democrats in Congress — have decreed she is somehow culpable.

Yet her critics choose to ­forget the crosshairs could be all a part of her image as a hunter of big game. (It is worth noting, too, that Miss Giffords had been photographed ­handling a semi-automatic weapon — no doubt aware it would appeal to a certain ­voting constituency.)

[Below is a photo of Congresswoman Giffords with her rifle ~ GP] Palin’s favourite maxim — inherited from her father — is ‘Don’t Retreat, Reload’, a ­typically bullish phrase she’s been trotting out for months as an injunction on the faithful to stick to their political principles.

Since the Tucson shooting, Left-wing critics have leapt on the words as some kind of proof that she was encouraging ­supporters to use real weapons.

Liberals have made much of the words of the Tucson sheriff, Clarence Dupnik, who yesterday launched into a diatribe about the ‘vitriol that comes out of certain mouths about tearing down the government’.

Even the actress and activist Jane Fonda waded into the row with a succession of internet tweets blaming Mrs Palin, the Tea Party and Glenn Beck, a rabble-rousing broadcaster on Fox News, for the shooting.

The Tea Party leaders have been rushing to condemn the shooting and distance themselves from the gunman.

Whether they should really have to do so is another matter. The reality is that there is as yet no evidence that the political Right, and the Tea Party in ­particular, has — as its opponents say — ‘blood on its hands’ over the Tucson murders.

While some liberals have slyly implied that Loughner was a Tea Party supporter, former classmates remember him as being ‘Left-wing’ and ‘liberal’.

Another said he was ‘on his own planet’, which seems nearer the mark. No existing political organisation - including the Tea Party - comes close to championing Lough-ner’s deranged world view.

Paranoid and nihilistic (he kept a miniature altar with a replica human skull in his backyard), he had clearly surfed the wilder shores of political views on the internet, preaching about the evils of religion, and even picking up and espousing a theory that the government was using grammar as a form of mind control.

History shows how dangerous it is to try to second-guess the motives of political assassins.

John Hinckley shot Ronald Reagan because he was obsessed with the actress Jodie Foster, not because he hated Right-wingers.

But those lessons from ­history won’t stop some Democrats exploiting the shooting of a nine-year-old girl and five others at the weekend with precisely the sort of foam-flecked over-reaction for which they love to condemn their opponents on the Right.

People often say the British and Americans are a people separated by a common language, and often the Brits, only having our corrupt media as a window in American politics, get things a bit wrong, but Tom Leonard absolutely nails it.

The left wing democrats [is there any other kind] and their moonbat followers have worked over time to turn a horrific tragedy into a circus, all in an attempt to smear Sarah Palin, and the Tea Party. Hoping to score cheap political points. It's quite evil, but at least America, and the world, is getting a good long look at these bottom feeders and how they function.
Posted by Gary at 9:37 PM