Is This How Loughner Was Radicalized: Attended School Funded by Obama/Ayers Chicago Annenberg Challenge 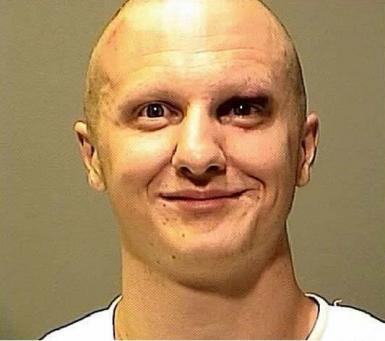 Give me just one generation of youth, and I'll transform the whole world.

Here's a little something for everyone to ponder. As our readers know well, When violent and unrepentant murdering terrorist William Ayers, and his convicted felon wife Bernardine Dohrn realized they couldn't destroy America with violence, they decided to go communist Saul Alinsky's route: Take a bath, cut their hair, and put n a suit and tie. Blend in, look respectable. Never mind the blood on your hands.

Both Ayers and Dohrn, still radical and unrepentant, chose education as their new medium for revolution. Ayers and his bunch spread the radical communist ideology they preach world wide, and infected the American education system as well. This was aided greatly when Jimmy Carter created the Department of Education, giving the federal government exceedingly more control over what used to be the function of state and local government.

Ayers and Dohrn were also part of the communist movement "Students For A Democratic Society" [SDS] and when they felt it wasn't violent enough, Ayers and Jeff Jones, who has also re-invented himself, and actually wrote part of Obama's trillion dollar stimulus package, formed the ultra-violent Weather Underground.

Anyhow, once they chose education as their pathway for the glorious communist revolution, they needed funding. Ayers set up several foundations, and picked street thug and rabble-rouser ... er, I mean ... "community organizer" ... Barack Obama to run this operation.

Most of our readers know this story well, but I encourage everyone to learn more. It's a fascinating story, actually.

Now we are hearing a lot more about the Arizona killer, Jared Lee Loughner. Reports are he didn't like TV, didn't listen to talk radio, and may very well have been apolitical. But all of the people who know him, went to school with him, and so on, describe him as "left-wing" a "political radical" and "very liberal."

We have been left wondering how this obviously disturbed kid became so radicalized. How did this kid come to hate the Constitution, and love videos of flag burnings, and consider the Communist manifesto his favorite book? Wonder no more::

Here's some more background from vrajavala:

Jared Loughner was born September 10, 1988. Around that time, Barack Obama was enlisted by Bill Ayers to be the first Chairman of the Chicago Annenberg Challenge. They funded the Small Schools Workshop and the school that Loughner later attended as a teenager. Mountain View H.S. curriculum was from the Small Schools workshop, designed by Mike Klonsky.

Ayers, Dohrn and Klonsky were all original members of the Students for Democratic Society, but later the group splintered with Klonsky taking a less aggressive approach, but still focusing on overthrowing the capitalistic system. Klonsky's father had been convicted under the Smith Act in the 50's for advocating the violent overthrow of the United States.

Mr. Klonsky later became the head of the Marxist-Leninist Communist Party (the October Party) and visited Beijing in the 70's. The Real Barack Obama reports that in Beiiing, Klonsky was considered the head of the "official Maoist Party in the United States." In the 90's, Ayers recruited his old friend, radical activist, Mike Klonsky, to head the Small Schools Workshop. Klonsky still serves as director.

So, even though Small Schools Workshop has its main base at the University of Chicago, many schools throughout the States, including Jared Loughner's, followed its curriculum. If you visit the website, you will see various books written by Ayers and Klonsky referring to "social Justice," (the gospel that capitalism is racist, materialist, imperialistic, and unjust.) So, this is how the communist infiltrated our schools.

In 2008, Andrew McCarthy pointed out that as Chairman of the CAC, Obama had funded Klonsky to the tune of about 2 million dollars. Every teacher in this kind of curriculum, whether they be teaching math, English, botany, whatever, is able to inject the horrors of social inequities into the K-12 milieu.

I guess Malcolm X would say: "the chickens have come home to roost."

Obama's preacher of over 20 year, Jeremiah Wright might agree about those chickens coming home as well!

This is rare footage of 1969 interview with Michael Klonsky and Bernardine Dohrn, leaders of the Students for a Democratic Society (SDS) organization:

Nice huh. These are the people who Barack Obama knows intimately. Bernadine Dohrn used to baby sit Obama's kids, and Obama's political career was launched at a fundraiser in Dohrn and Ayers' living room.

Ayers, through his efforts with the Annenberg Challenge, and others, sought to radicalize teachers, who would then spread their poison world wide. Instead of teaching kids the finer points of reading, writing, and math, their mission was to preach "social justice" and sew discord.

Look, the only person to blame for the shootings in Arizona is Jared Lee Loughner. Loughner is deranged. May even have mental defects. Who knows. But this mentally defective human being was definitely radicalized somewhere.

Most people can listen to the violent rhetoric of terrorists like Bill Ayers and Bernardine Dohrn, and realize there are loons just like Loughner. But unfortunately, the weak minded or the mentally deficient can't.

While the corrupt media and left wing loons have been running around trying to blame Sarah Palin, talk radio, and everyone BUT Jared Lee Loughner, let's remember where this kid likely picked up his anti-American rhetoric.

As 2010 turned to 2011 Francis-Fox Piven, who is very much a part of the SDS-Weather Underground-Ayers-Obama-Communist-Progressive Axis of Evil, called for violent revolution. In our report on this disgusting call for violence, we also talk about the Cloward-Piven strategy to destroy the Republic, and create a communist state.


As you read the report, and get to the video of former Weather Underground "field commander" Larry Grathwohl, please reflect on the sort of America the terrorists envisioned after they violently overthrew the United States government.

This includes communist style "re-education camps"and the cold hard fact they would "eliminate" those who refused to get with the program. By "eliminate" I mean KILL.

Barack Obama’s mentor, Bill Ayers and his group were fully prepared to murder 25 MILLION Americans, the estimated number of people who would NOT go along with their communist plans.

These are the people who created the curriculum at the school mass murderer Jared Lee Loughner attended.

In the end, no one put a gun to Loughner's head and forced him to go on a violent rampage. The demons in his soul did that. But one can't help but think putting a sick man in contact with such evil rhetoric was a good idea.

You can read more about the Obama/Ayers/Annenberg connection here.
Posted by Gary at 3:43 PM